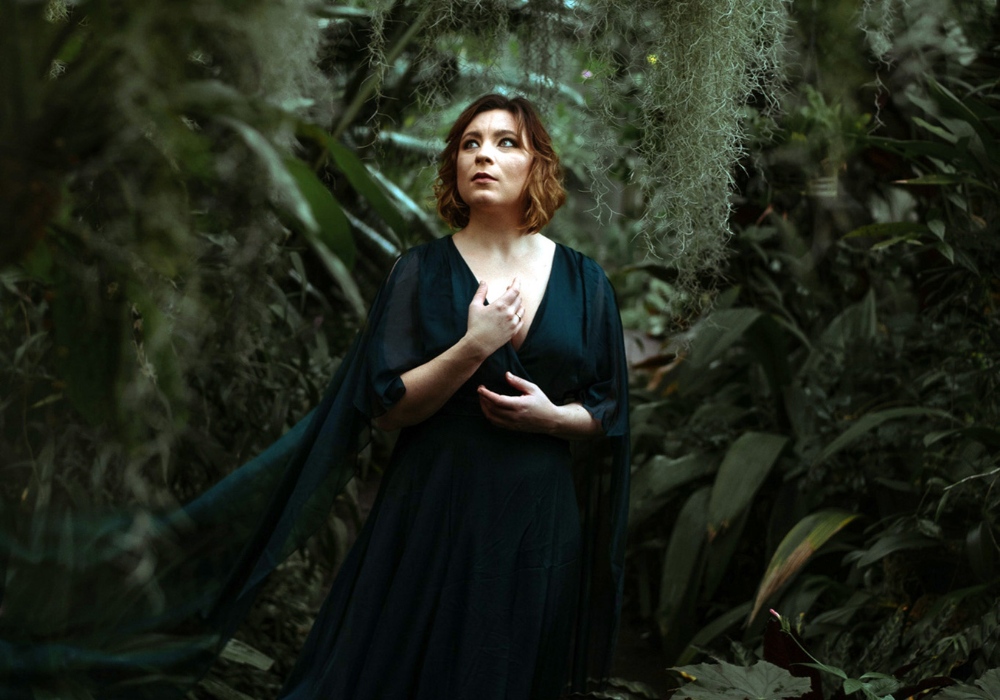 A new production of Dvořák's opera featuring Natalya Romaniw comes to the International Festival, with the Philharmonia Orchestra, Douglas Boyd and Garsington Opera.

A new production of Dvořák’s best-loved opera, the dark fairy tale Rusalka, features Welsh soprano Natalya Romaniw in the title role. One of the 2022 International Festival’s orchestras in residence, the Philharmonia Orchestra is conducted by Douglas Boyd, Artistic Director of the internationally acclaimed Garsington Opera.

Rusalka is the haunting fable of a water sprite who sacrifices everything when she falls in love with a human prince.

She enlists the help of a witch, entering the mortal world and giving up her voice to be with him – only to discover the true cost of love is greater still. Inspired by sources including Hans Christian Andersen’s The Little Mermaid, Dvořák’s sensual opera shimmers with glinting orchestral colours. Sound and silence reverberate against each other as soaring romantic melodies sweep through the eerie quiet. Reality and the supernatural collide in luscious evocations of the natural world.

Natalya Romaniw is a sensational talent, awarded both Young Artist of the Year at the Gramophone Classical Music Awards 2020 and Singer of the Year at the Royal Philharmonic Society 2020 Awards. Glasgow-born conductor and former oboe virtuoso Douglas Boyd collaborates with director Jack Furness, Artistic Director of Shadwell Opera, who brings a rich theatrical flair to the narrative. Designer Tom Piper is most famous for his Blood Swept Lands and Seas of Red installation of poppies at the Tower of London. Together, they craft a transporting fantasy with grave human intensity at its core.

Performed in Czech with English supertitles

From 8 April 2022, there is a 30% discount for recipients of pension credit, universal credit, employment and support allowance or jobseeker's allowance, art workers, full-time students and 18-25 year-olds . Subject to availability and may exclude top-price tickets. Proof of eligibility may be requested at venues.