Discover some of the marvelous projects we've worked in in the past.

In summer 2016 and 2017, the Awfey Huge Variety Show brought together schools and local arts partners for a unique performance celebrating the creative talent of young learning-disabled artists on Scotland’s biggest stage. All of Edinburgh’s council-funded Special Educational Needs schools have taken part in the project. Each group was supported by an engagement artist from Capital Theatres’ network. Creativity and a child-led approach were at the heart of the project. Each year we worked together to create live performance, dance, music, puppetry, animation and short films. The content came from these brilliant young artists – their voices and their ideas – supported by professional artists. We were overjoyed to see the zest for life, creativity and quality generated by each and every group.

The Attic Collective was a young company created to work intensively over 12 months, with support from the Cruden Foundation. It provided 18 emerging actors aged 18-26 with a huge range of opportunities to develop their artistic practice, at no cost to them. Inspired by the model of a traditional repertory theatre company, the ensemble produced work with leading industry professionals and participated in professional development workshops with visiting companies such as the National Theatre of Great Britain, Opera North and Shakespeare’s Globe. The initiative included three large-scale productions: classic, contemporary and musical. The productions were Lysistrata, the world premiere of Jo Clifford’s War in America and Brecht’s Threepenny Opera. Having benefited from broad industry access and showcase opportunities, the actors who took part can now be seen working with companies including the BBC, Eden Court and The National Theatre of Scotland.

Every year we commission different professional artists to work with people living with dementia, their friends and families to devise a special performance piece that is participatory, immersive, stimulates memories and senses and can be enjoyed by the whole family.

The dementia friendly performance piece is developed at the Festival Theatre with input from people with lived experience of dementia throughout the audition, interview, research and development phases. It is rehearsed at a Capital Theatres venue and then toured to various care homes and day care centres in and around Edinburgh and the Lothians.

Launched in 2017, our care settings tour aims to contribute positively to the health and well-being of people living with dementia and foster an environment where their voices are heard and opinions are valued.   We aim to make the arts accessible to all, especially to participants unable to join our in-venue dementia friendly programme.

"Residents really lit up with the performance. People who are normally quite introverted and quiet were laughing, singing and interacting!" - Corstorphine Dementia Project 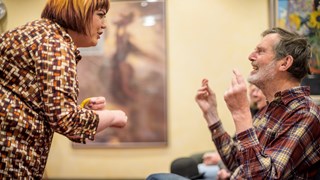 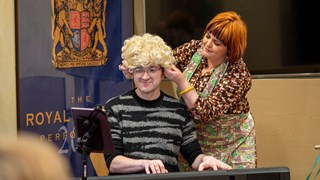 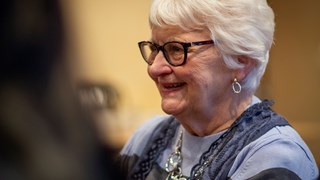 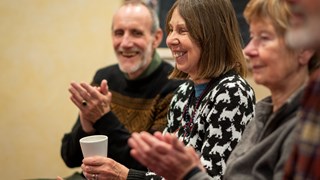 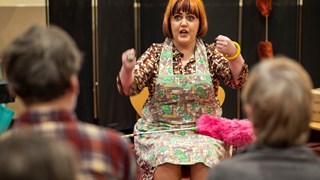 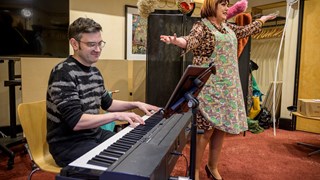 To mark the 25th anniversary of the Festival Theatre in June 2019, we presented a variety show celebrating and showcasing the very best of our year-round creative projects, showcasing original pieces of dance, music, film and song, which were co-created with the participants. 25 Live saw 30 artists working with over 200 participants, ranging in age from 3 to 98 years, to present 15 pieces of existing and new work. The evening highlighted how important it is to allow communities to explore their creativity, and to be given a space where they can explore, grow and take part in the arts.

Our Spotlight on 25 Live blog story showcases each of the groups that participated in this project, from children with moderate to complex additional support needs from Pilrig Park School to Spinning Songs, an intergenerational dementia friendly choir.

In collaboration with LGBTQ Youth Scotland, we invited a group of young adults to our venues to explore the 2018 consultation of the Gender Recognition Act 2004, a piece of legislation that allows transgender people to change the gender marker on their birth certificate, and respond in film form.

Over the space of three days, nine participants had the chance to share their experiences, participate in drama workshops, storyboard the film concept, explore different art mediums (film, spoken word, choreography, performance…) and work with professional artists and a videographer to produce a three-long film, which premiered at the IGILO International Conference and later appeared as part of 25 Live.

The film, which explores the impact of legislations on these young tans activist, is called #OurLives: A piece of policy and can be seen below.

Panto Presents is an annual commission that brings the magic of pantomime to children and families staying at the Royal Hospital for Sick Children over the festive period. Every year we create and perform an original pantomime; deliver workshops and storytelling sessions, give out tickets to the King’s pantomime and create ‘Play Packs’ each children’s ward, which are jam-packed of panto related craft materials, picture books, toys, decorations and materials to explore the fairytale story.

The project, which started in 2015, is delivered in association with Edinburgh Children’s Hospital Charity as part of their Art Programme. 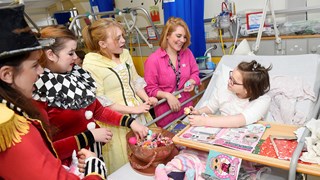 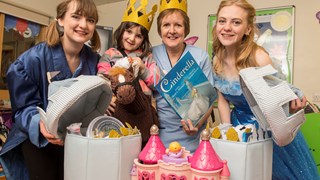 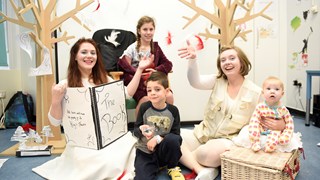 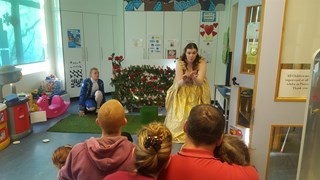 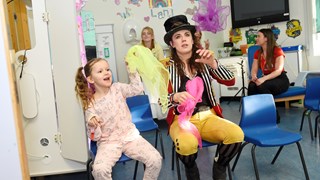 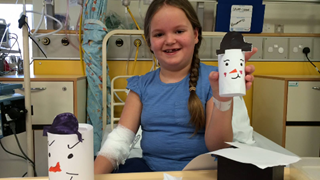